Yesterday and today there has been a rash of articles from science bloggers covering a disease that has been impacting herpetoculture for over twenty years now. Inclusion Body Disease more commonly referred to as IBD in the reptile community is primarily found in Boidae family of snakes which includes boas, pythons, and anacondas. So far IBD has only been seen in Burmese Python, Indian Python, Reticulated Python, ball python, and boa constrictors. So why the sudden interest to the science community regarding a disease that has been around for over twenty years? Well truth is this. On August 14th a paper titled “Identification, Characterization, and In Vitro Culture of Highly Divergent Arenaviruses from Boa Constrictors and Annulated Tree Boas: Candidate Etiological Agents for Snake Inclusion Body Disease” Published by the American Society for Microbiology. Many “journalists” have snapped this up as seemingly another way to increase the fear of snakes and zoonoses using the papers statement of IBD being related to Arenaviruses and appears to be a combination of multiple viruses which when seen in humans can cause Lassa fever and Ebola.

some of the articles posted over the last few days

Mites or something else?

Some seem to think that mites may the vector responsible for transmission of IBD. Is it potentially airborne? 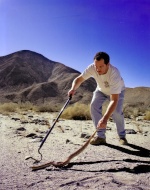 So far i only seen IBD cases on Boa constrictor species . As if its airbore or transfered by mites or other critters i have no lcue since iseen mite infested boas die of it but also perfectlly clean animals , not even spezialist reptil vets have beenable to give clear answer on how it gets transmitted , I nevehear of cases on ball ypthons or burmese in germany though .

IBD was first seen in the early 70s where it was observed in Burmese pythons,(Python molurus bivittatus). From the 1980s till the now, it has been most commonly observed in boa, as for mites it has been been implicated as a possible reason for the spread of the virus since mite infestations are commonly seen in captive specimens.

In the original paper the doctor himself and at least one other article saw a potential link to mites and IBD and cases have been documented on the entire Boinae family as I said in the original piece. The paper written about this stated it was also found in multiple genre of the Boinae family. While it is particularly found in boas it has been seen in the pythons and others as well. I see it as potential fear mongering and the link between ebola or zoonoses seems pretty far reaching for a journalist to make that connection. Even if it was/is snake mites snake mites do not feed on mammal blood which was I originally brought this up.

This leaves way too much room for speculation on the timing of this being brought to the public's eye. Question is why did this not surface years ago since IBD has been around and diagnosed by MANY vets for years on end? This could have saved the lives of MANY reptiles if this is a real association between the virus and IBD and the deaths of the animals.
Now they want to use it with a new angle I feel to attack people that keep exotics and throw the general public into a panic about the health problems this could impose on humans because people keep exotics.
Doesn't appear right to me by no means !!
Why didn't these topics and news articles step up to help save the animals lives ?

I totally agree its a gate way opening up fear and speculation that has potential to become a threat to reptile community as a whole.With headlines such as "Mad Snake Disease" media frenzy can and will install panic.

Thing is they can attempt to use this to start a public panic but in the long run it will blow back up in their face for the reasons I previously posted.
If they have known about this for X amount of years and said nothing that makes them guilty of violating public health protocol by not making it known and public knowledge.
It may well rattle some cages and draw some attention but in the long run our defense would be if it's serious enough to persecute the entire exotic pet community then why didn't they step up and prevent this for the sake of public health?
I don't think it will wash even if it's an attempt to attack the exotic community because it will backfire in their own faces.